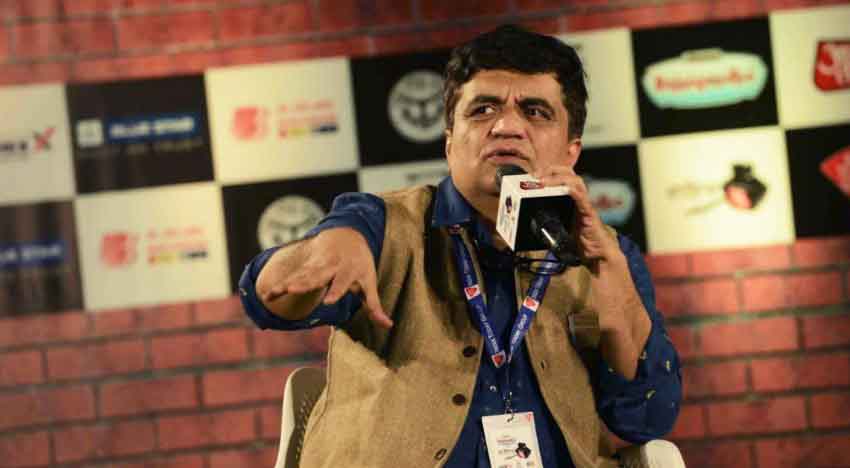 Lyricist Swanand Kirkire has joined hands with Hindi film song-lyricists Varun Grover and Neelesh Misra in expressing his disapproval towards online music streaming platforms for not crediting the lyricists of the songs. Kirkire on his social media shared the screenshot the album of “Dil Bechara” streaming on Spotify and pointed out how none of lyricists have been given any credits.

Kirkire, best known for penning songs like “Bawara Mann”, “Piyu Bole” and “Behti Hawaa Sa Tha Woh”, shared screenshots from the album of Dil Bechara streaming on Spotify and criticized the app for not giving any credits to the lyricists. Swanand noted that while composer AR Rahman and other singers were duly credited, there was no mention of Amitabh Bhattacharya — who has penned the songs — beyond the thumbnail of the album.

“There’s no tradition of crediting the lyricists on this music app. Only the thumbnail, which the producer has provided has a mention, but once you click, only the composer and singers are credited. They have also embedded the lyrics, but not the name of the lyricist,” Kirkire said.

The writer-composer also shared screenshots of other steaming apps, including Apple Music, Jio Saavn and Gaana, where three albums Teesri Kasam by lyricist Shailendra, Javed Akhtar’s Lagaan and Omkara by Gulzar were also uncredited. “If their names aren”t included, then who are we?” Kirkire wondered.

He further added that “Lyricists are not a part of their algorithm. composers and singers are and they get all the data of streaming on everyday basis on @spotifyartists @spotify @AppleMusic and other apps.”

Music composer Shantanu Moitra and lyricist Kausar Muni have also shown their support and requested the platforms to give rightful credits to the creators. Moitra in a tweet wrote “To all streaming platforms, please don’t give my name as a composer if u r omitting the name of a lyricist, I am incomplete without lyrics and the lyricist @swanandkirkire”

For the uninitiated on July 18, in a series of tweets lyricist Varun Grover, who has penned songs for films like “Masaan”, “Dum Laga Ke Haisha” and “Gangs of Wasseypur”, criticised Times Music for omitting the names of the lyricists despite the delay in releasing the album of ” Aankhon Dekhi” online. His stance was supported by lyricist Mayur Puri and screenwriter-lyricist Neelesh Misra. Misra in a tweet pointed out how for several years music launches have been held without the lyricist getting prominence and now OTT platforms are doing the same.