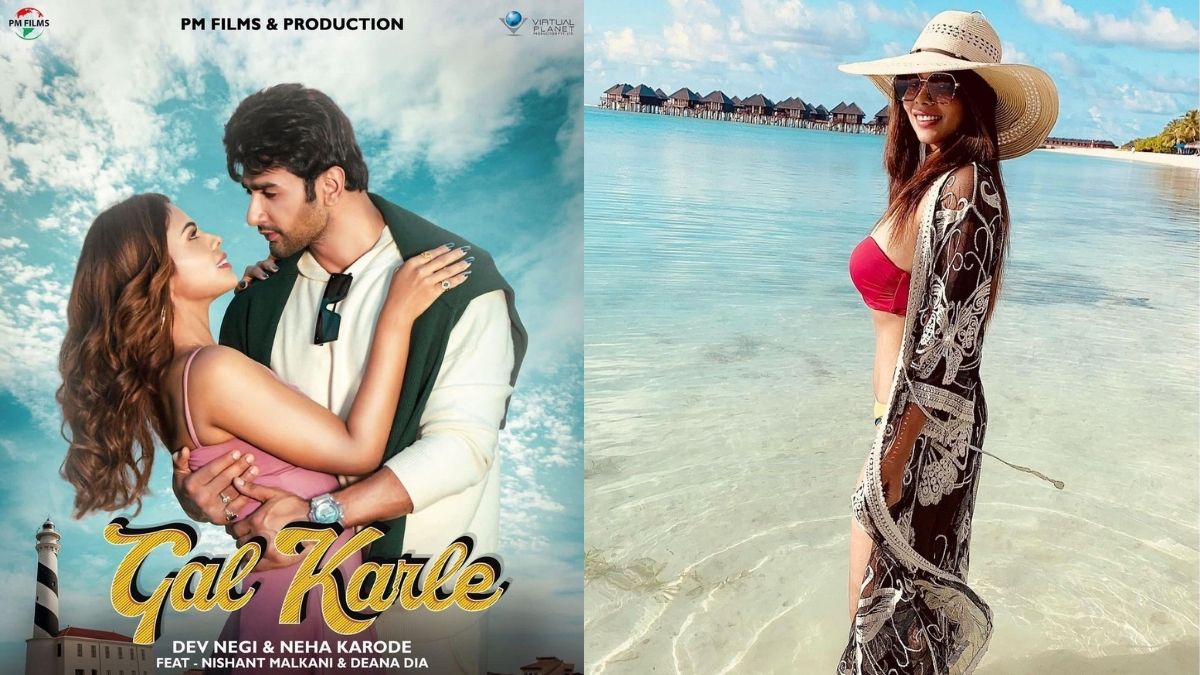 The attractive dusky beauty Deana Dia, who is all set to make a mark in Bollywood, has come out impressing one and all with a new Punjabi music video ‘Gal Karle’.

The melodious love track is sure to make any music lover play it on loop while the video takes them to the picturesque locations of Jaipur, where Bigg Boss 14 fame Nishant Malkhani is seen romancing Dia.

Deana looks drop-dead gorgeous throughout, so much so, that you won’t be able to take your eyes off her. Also the sizzling chemistry between the two, which is probably the most captivating part of the song, will make anyone fall in love.

Sung by the very talented Dev Negi and Neha Karode, the song has become a love anthem within no time. Superbly directed by Aman Prajapat and team, the video is released by Virtual Planet Music and has so far garnered more than 1 million views on YouTube alone.

Its foot-tapping music has been composed by star composers Anamik Chauhan and Asif Iqbal, while Manzar Baliyavi and Geetsagar have done a fabulous job in penning down some attention-grabbing lyrics.

Overwhelmed with the tremendous success of her video, Deana Dia says, “I anticipated it to be a hit, considering the amount of hard work we put in, but no one in the team was expecting this amount of appreciation from the audience. Their love has left us spellbound.”

For the fashionista-turned-actor, it was one of those opportunities that allowed her to have immense fun while working with the best of artistes. “I believe, working with people who are passionate about their job but also know how to enjoy every bit of it, is a real blessing. My experience of working on ‘Gal Karle’ was one such kind. From Nishant (Malkhani) to our director Aman Prajapat, everyone made me feel super comfortable. We discussed work, shared our ideas for improvement and had a lot of fun on the side,” shares Dia, who was last seen in the music video ‘Jiss Waqt Tera Chehra’ along with TV star Karan Kundrra.

Produced by Pravin Patel under the banner PM Films and Production, the song is available on all music platforms including Spotify, Gaana and Hungama Music.

As for Dia, she is busy carving a niche for herself in this super-competitive industry. She is gearing up for her big Bollywood break as well as several other projects, for which the official announcement is yet to be made.