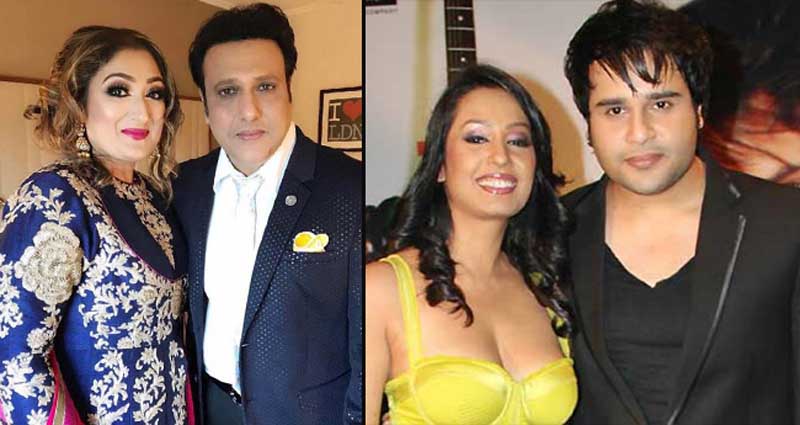 After Krushna Abhishek showed his sentiments in an interview where he talked about his bond with Govinda, Chichi mama has finally given his reaction to Krushna’s quarrelsome statement. Krushna had also affirmed that Govinda didn’t even visit his kids in the hospital which was extremely disheartening.

He vented out his side of the story like, “I read the news on the front page of a leading daily about my nephew Krushna Abhishek not performing on a popular television show as I was invited as a guest there. He chose to opt-out as he had some reservations. Later he went ahead and stated in the media about his belief in our relationship. This statement had defamatory comments and was issued with only a little thought. It had a snowball effect as it was voyeuristic in nature.”

Govinda later mentioned that he went to the hospital but wasn’t permitted to see Krushna’s kids due to Kashmera’s heresy. “Upon further insistence, we were made to see the babies from a long distance. We returned with a heavy heart, however, I strongly feel that Krushna does not know of this incident. One can feel free to connect with the doctor and the nurse on the same and get to know the truth. Krushna also came to our home with the kids and Aarti Singh, which he has forgotten to mention in the statement.”

Govinda also gave his final statement on the spilled soup and said, “Through this statement, I would like to mention that I shall maintain a graceful distance now onwards. And since I am so bad as mentioned in the media reports – I urge those who dislike me to do the same. Every family has misunderstandings and problems – but to discuss them in the media may cause irreparable damage and, I dislike the same – indeed I am very sad to clarify this through the media. I am perhaps the most misunderstood person, but if it is like that – then so be it. My mother always taught me ‘Neki Kar Aur Dariya Mein Daal Govinda’.”

After defaming each other on social media and giving bitter statements, this family brouhaha doesn’t seem to be ending anytime soon.