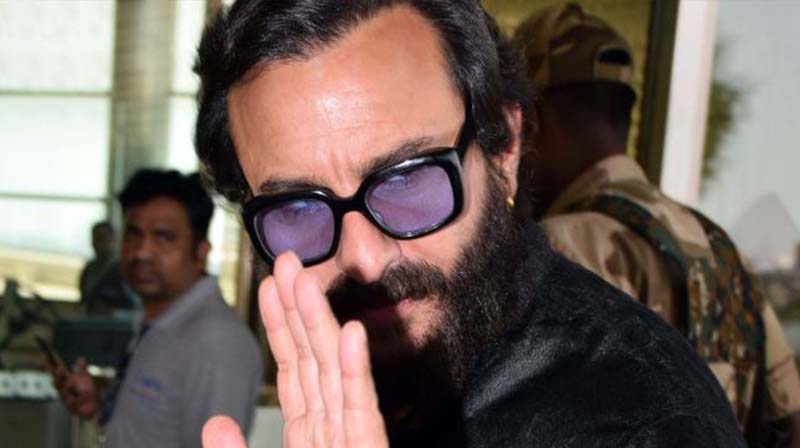 Director Om Raut (of the superhit Tanhaji: The Unsung Warrior) has repeated Saif Ali Khan as the antagonist for his next film Adipurush. The Omkara actor’s character of Lankesh in Adipurush will be opposite that of South star Prabhas.

Confirming the news and giving an insight into his role, Saif said that he will be playing the “world’s most intelligent demon” that existed 7000 years ago. “I am thrilled to be working with Omi dada again! He has a grand vision and the technical knowledge to really pull it off. He has taken me beyond the cutting edge of our cinema in the way he shot Tanhaji and this time he is taking us all further! It’s a phenomenal project and I am super thrilled to be a part of it!” he said in a statement.

He added, “I look forward to clashing swords with the mighty Prabhas and to play a role that is electrifying and demonic!”

An elated Om Raut shared, “To play the strongest villain from our epic, we needed a brilliant actor. Who better than Saif Ali Khan, one of the greatest actor of our lifetime, to essay this powerful role. Personally, I enjoy every day at work with him. I am looking forward to this exciting journey with him all over again.”

Raut pitches Adipurush as a story that celebrates “the victory of good over evil.” Earlier in an interview the Tanhaji director said, “It is the story of Prabhu Ram. It’s one aspect of the epic saga. It’s my screen adaptation of the epic.”

Apart from Adipurush, Saif Ali Khan will also be seen in Bhoot Police and Bunty Aur Babli 2. The actor was last seen in a guest appearance in Sushant Singh Rajput starrer Dil Bechara.

Apart from Hindi, Adipurush will reportedly release in Tamil, Malayalam, Kannada as well. The film is scheduled to release in 2022.