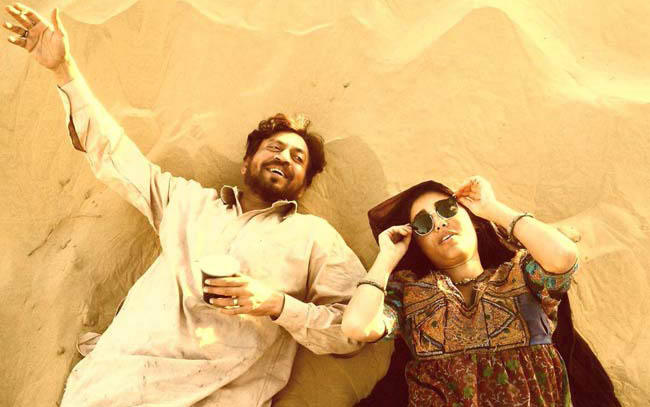 The Song of Scorpions was originally released in 2017 as a Swiss-French-Singaporean Rajasthani language drama film, written and directed by Anup Singh. The movie had its world premiere at the 70th Locarno Film Festival in Locarno, Switzerland on August 9, 2017. However, the movie did not have a theatrical release yet.

The movie traces the story of ‘twisted love, revenge and the redemptive power of a song.’ The film follows the life of an independent tribal woman, Nooran (Golshifteh Farahani) who wants to learn the art of ancient healing from her grandmother. Irrfan Khan plays the character of Aadam, a camel trader who falls in love with Nooran.

Irrfan, who was last seen in Angrezi Medium, passed away on April 29 while battling cancer. Though ‘The Song of Scorpions’ was not the last project to be shot by the deceased actor, it might the last one with a theatrical release.